American Airlines to Start Air Service from Miami to Roatan 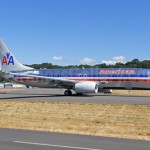 Romeo Silvestri, president of the tourism commission of the National Congress in Honduras recently announced a new route to be operated by American Airlines to Honduras. Silvestri, who is congressman for the department of the Bay Islands, has confirmed that American Airlines has scheduled a new route to Roatan’s Juan Manuel Galvez international airport once a week, on Saturdays, operating from Miami International Airport starting on the 17th of November of this year. According to Art Torno, American's Vice President – Mexico, the Caribbean and Latin America, the flight represents the 3 destination in Honduras that American Airlines is serving and the 10th in Central America, making Honduras the only Central American country where American Airlines has service to 3 different destinations. American Airlines also serves the Miami Tegucigalpa and the Miami San Pedro Sula routes with daily service. 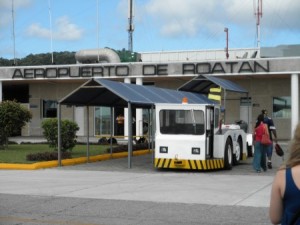 The flights schedule has the aircraft, a Boing 737 with 160 seats (16 in first class and 144 in the main cabin) departing from Miami at 1:05 P.M. providing the option for a vast series of connecting flights into Miami to feed the Roatan flight. Arrival back in Miami will be at 6:15 P.M. again allowing the flight to connect with a multitude of US destinations on the same day.